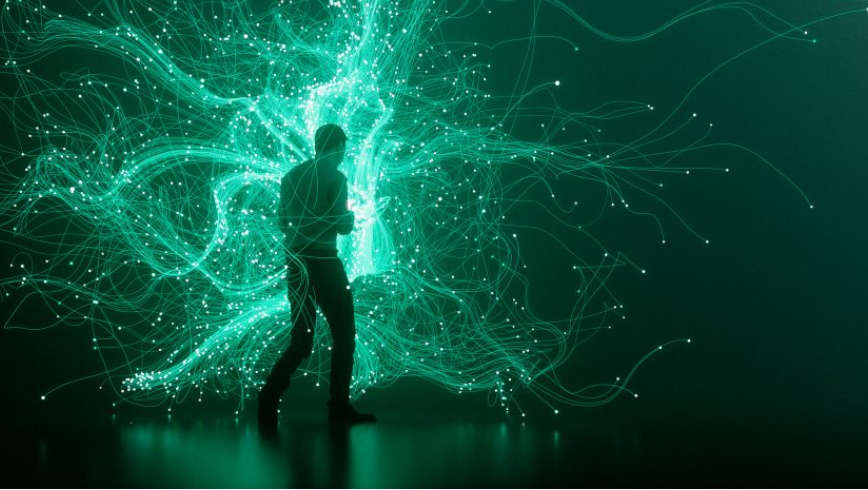 Like your car? Love the movies? Happy with your doctor and your bank? You’ve got a supercomputer to thank.

As Bob Dylan rightly observed, you don’t need a weatherman to know which way the wind blows. But if you want to do long-term forecasting, predict the path of a Category 5 hurricane, or simulate the damage from decades of climate change, you will need a supercomputer.

These machines are just what their name implies: thousands of processors operating in parallel, performing quadrillions of operations each second on unimaginable volumes of data.

Supercomputers already impact our lives in ways most of us are unaware of. The advancements derived from high-performance computers (HPCs) have trickled down into things many of us do every day—like checking the weather, driving to the doctor’s office, watching a movie, or managing our bank accounts.

Weather: Do I need an umbrella?

Every waking moment, 2×1044 molecules (that’s a 2 followed by 44 zeroes) bump into each other in the earth’s atmosphere, creating what we call weather. Predicting the interactions of even a fraction of these particles requires billions of calculations.

The first successful 24-hour weather forecast was achieved in April 1950 by the University of Pennsylvania’s Electronic Numerical Integrator and Computer. Originally built to calculate the trajectory of ballistics during World War II, ENIAC is considered by many to be the first general-purpose computer.

By the mid-1950s, computer-generated forecasts were common. The National Weather Service now uses two room-sized supercomputers from IBM and HPE Cray, each roughly 10,000 times more powerful than the machine you’re using to read this. Over the years, the accuracy of weather prediction has steadily improved. Today’s five-day forecast is typically on target 90 percent of the time, while 10-day projections are still correct less than half the time. So, if you’re packing for a long trip, bring an umbrella just in case.

For more than 30 years, supercomputers have been helping cars become faster, safer, and more energy efficient. Japanese carmakers began using HPCs in the late 1980s. Mazda employed an $8 million Cray supercomputer to design the sleek “Aero-Wave” roofline of its 1993 RX-7 sports car. And in 2004, General Motors purchased a supercomputer to simulate the results from vehicle crash tests. As we move into the era of autonomous vehicles, HPCs will play an even greater role in training a car’s AI systems to determine whether that’s a trash bag in the middle of the road or a baby carriage.

When you pull into a gas station to fill up, you can thank supercomputers for that, too. Three-dimensional seismic models are helping petrochemical companies predict the locations of oil reserves. And when you finally retire that gas guzzler for an all-electric vehicle, it may be because a supercomputer helped design longer lasting electric vehicle batteries.

Medicine: The AI doctor will see you now

Gotten a flu shot this year? Supercomputers played a key role in the development of vaccines for avian and swine flu and are now hard at work seeking treatments and cures for COVID-19.

Medical researchers are using AI and supercomputers to create digital twins of human organs, to observe how they respond to treatments before applying them to their flesh-and-blood siblings. Today, Hewlett Packard Enterprise’s Blue Brain 5 is helping to map the 88 billion synapses inside the neocortex of rodents, a key step toward understanding the human brain.

Ultimately, high-performance computing is expected to usher in a new era of personalized medicine, where bespoke treatments are tuned to match your specific genetic makeup.

Financial services: You can bank on it

Have you ever used your credit card in a foreign country and gotten a phone call from your bank minutes later asking you to verify the purchase? That’s because a machine learning algorithm running on an HPC has your back. Identifying potential bank fraud as it happens requires a tremendous amount of computing power. For example, MasterCard processes 165 million transactions per hour, applying nearly 2 million rules to each transaction—and does it in a matter of seconds.

Financial services institutions use supercomputers in a variety of other ways as well: to detect and repel cyberattacks, assess credit risk, evaluate investments, verify regulatory compliance, predict pricing, and manage high-speed trades. And the next time you call your bank’s customer service line, it may be answered by an AI-driven bot that can assess your emotional state and direct you to the right person.

Entertainment: What do you want to watch tonight?

It’s hard to find a recent major movie release that doesn’t employ some form of computer-generated imagery. Films constructed entirely around CGI brought in nearly $6 billion at the box office in 2018. And the more sophisticated the animation, the more computing power required. Baymax, the doughy white protagonist of Disney’s “Big Hero 6” (2014), was rendered using a 55,000-core supercomputer that simulated 10 billion rays of light bouncing off each object.

But CGI movies have been around a lot longer than you think. Alfred Hitchcock’s “Vertigo” (1958) used a WWII-era anti-aircraft targeting computer to create the Spirograph-like opening title sequence. The first film where supercomputers played a starring role was 1984’s “The Last Starfighter,” which used a Cray X-MP to render 27 minutes of special effects.

Astronomy: The sky’s the limit

When we gaze at the night sky, we’re looking into the recent past, using our eyes and maybe a telescope. When astrophysicists do it, they’re looking back 13 billion years, using supercomputers to simulate what the cosmos looked like shortly after the Big Bang. HPCs have been used to model how galaxies are born, plumb the depths of black holes, and shed light on the mysteries of dark matter.

This may be supercomputing’s most profound and long-lasting impact: to change our understanding of how the universe was formed, as well as our place within it.

Avila - September 23, 2022 0
Arm-based single-board computers are getting more and more popular in the embedded world. This embedded board computer or sbc computer is used in almost every...